They say language is the gateway into another culture, but what about China?

They say language is the gateway into another culture, but what happens after you gain entry into this alien world?

The Chinese Honeymoon Period highlights ten Chinese cultural concepts to help readers understand the nuances of how Chinese people think, why they behave the way they do, and how to create new communication patterns that lead to more constructive cooperation, in order words, develop greater empathy and awareness, cultural, situational, and self-awareness. 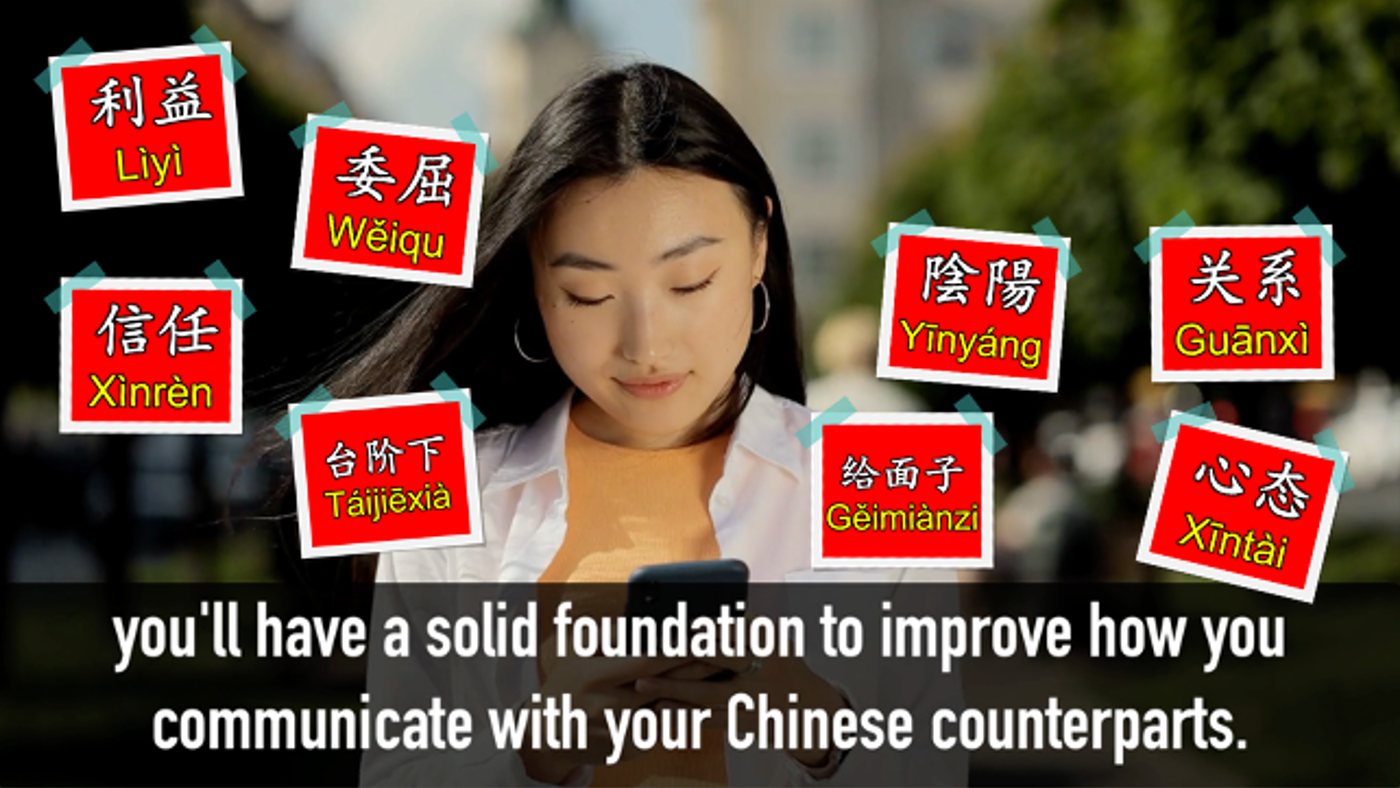 Translations are not only imperfect, but they reinforce a tendency to think in our own language rather than develop a new mindset for new cultural realities. The Chinese Honeymoon Period is a guide for your journey into China. Still, I recognize that after years of training, coaching, and consulting that real breakthroughs will come after you recondition yourself with a new attitude, mindset, and approach.

With this in mind, I created a series of Chinese-English GUANXI Exercise Sessions 中英文关系练习会 to support readers and supplement their practice of Mandarin Chinese. But instead of teaching Chinese, I strive to help attendees improve how they communicate with Chinese people in a safe environment.

We will study Chinese in the context of common interactions in China, beginning with what two opposing sides think but don't say when it is difficult if not impossible to align.

Harmful and more consequential ramifications are likely when two parties begin their conversation with this thinking, so let's learn how to add levity to this dynamic as we try to alter or prevent its inception. Chinese people also struggle to understand each other, so here are two common phrases to lighten the mood.

"我么是不是在 (are we) [insert either Chinese phrase]?" in a lighthearted manner to pivot any frustrating conversation. 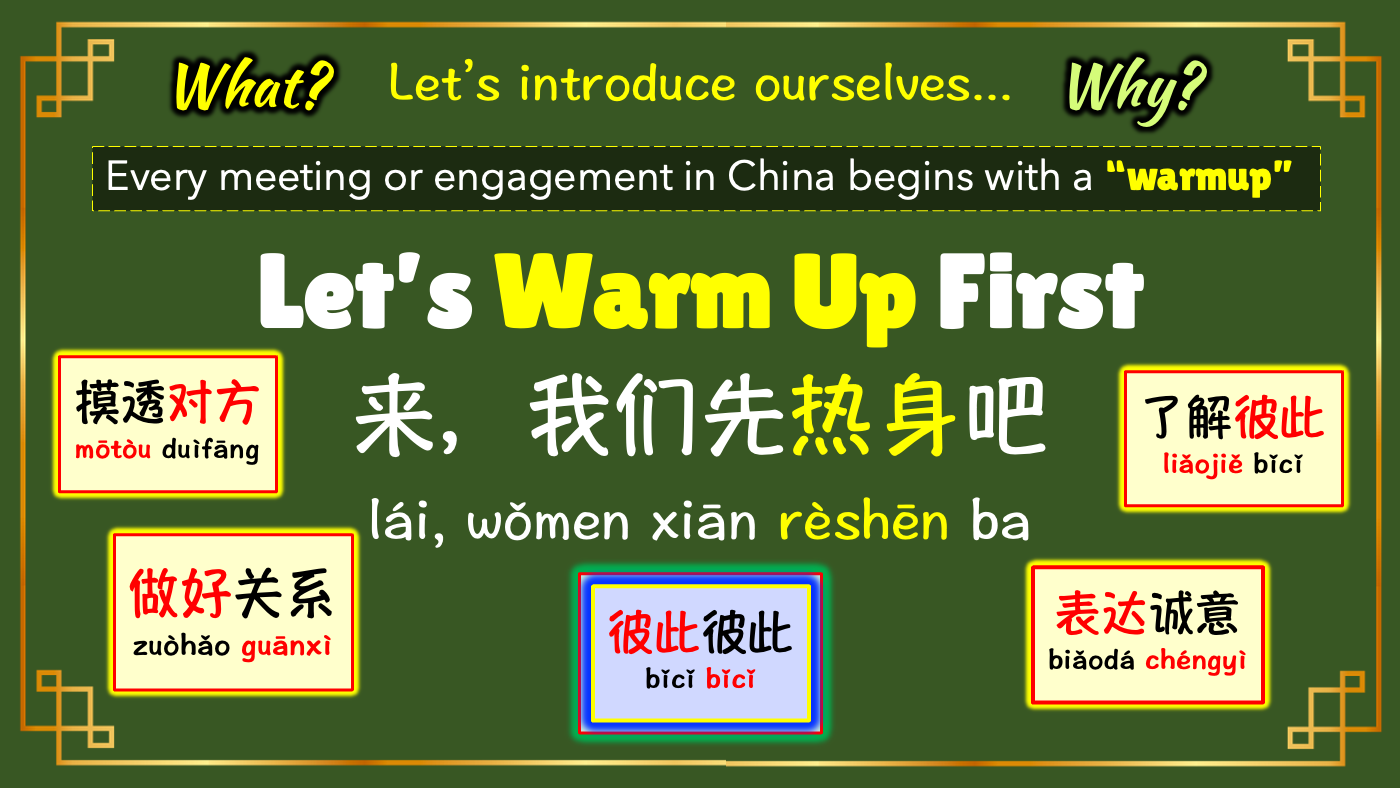 During our Meetup workshops, we say "let's warm-up first," and we introduce ourselves (自我介绍 zìwǒjièshào)...

But the deeper point of this exercise is to practice the Chinese ritual of exchanging Face-giving gestures that is a prelude to deepening Guanxi. In the mindset of your Chinese counterpart, these pleasantries serve multiple purposes. And when you better understand them in the Chinese cultural context, practicing them will become a natural extension of your modus operandi (MO).

Now that we understand the cultural context of this ritual, allow me to introduce myself based on what Chinese people care about as they seek common interests, connections, and opportunities to demonstrate goodwill. 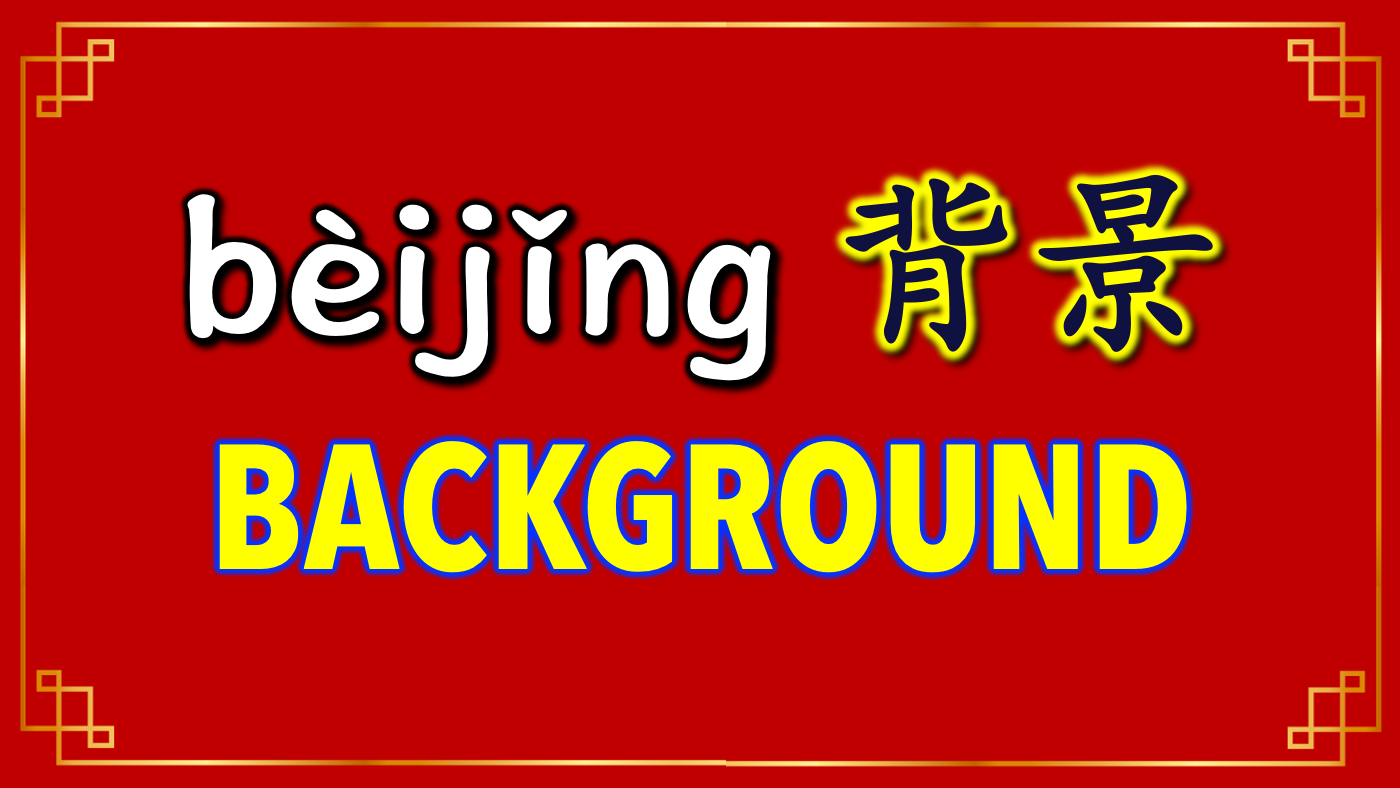 I was born and raised in Atlanta, Georgia, and grew up enjoying a typical "American" upbringing of that time and place. 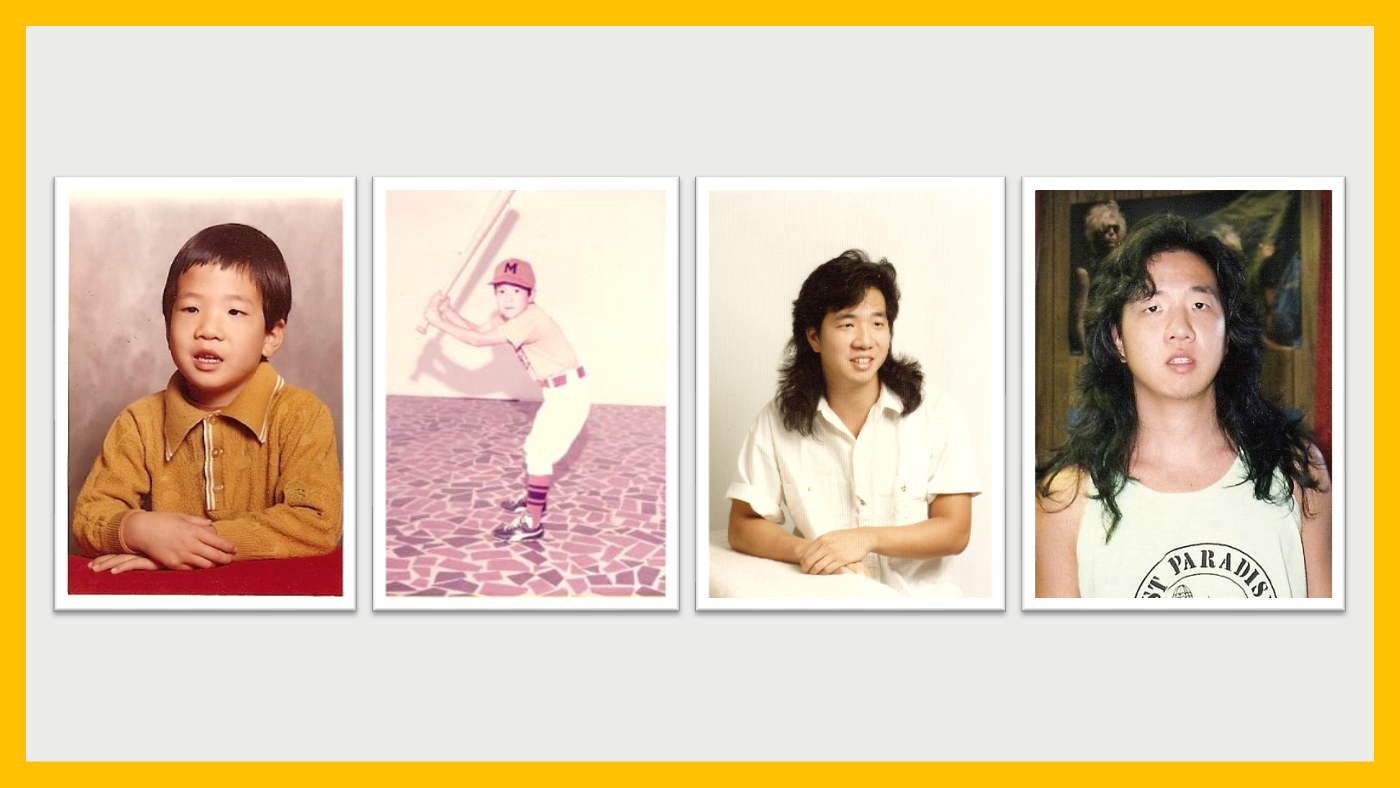 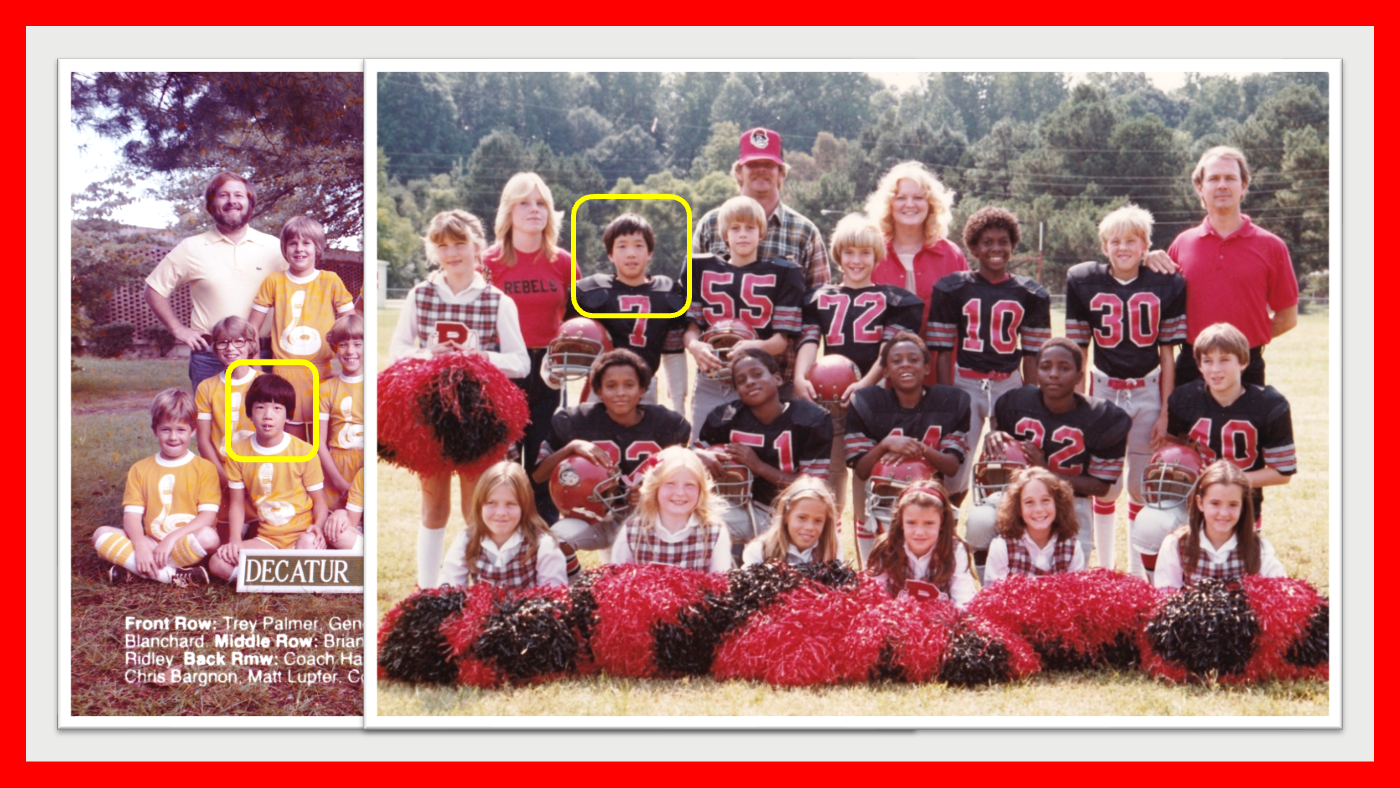 I was self-conscious that I "look" different than all of my peers, but in hindsight, this heightened my level of self-awareness, which is essential for managing perception across cultural differences. 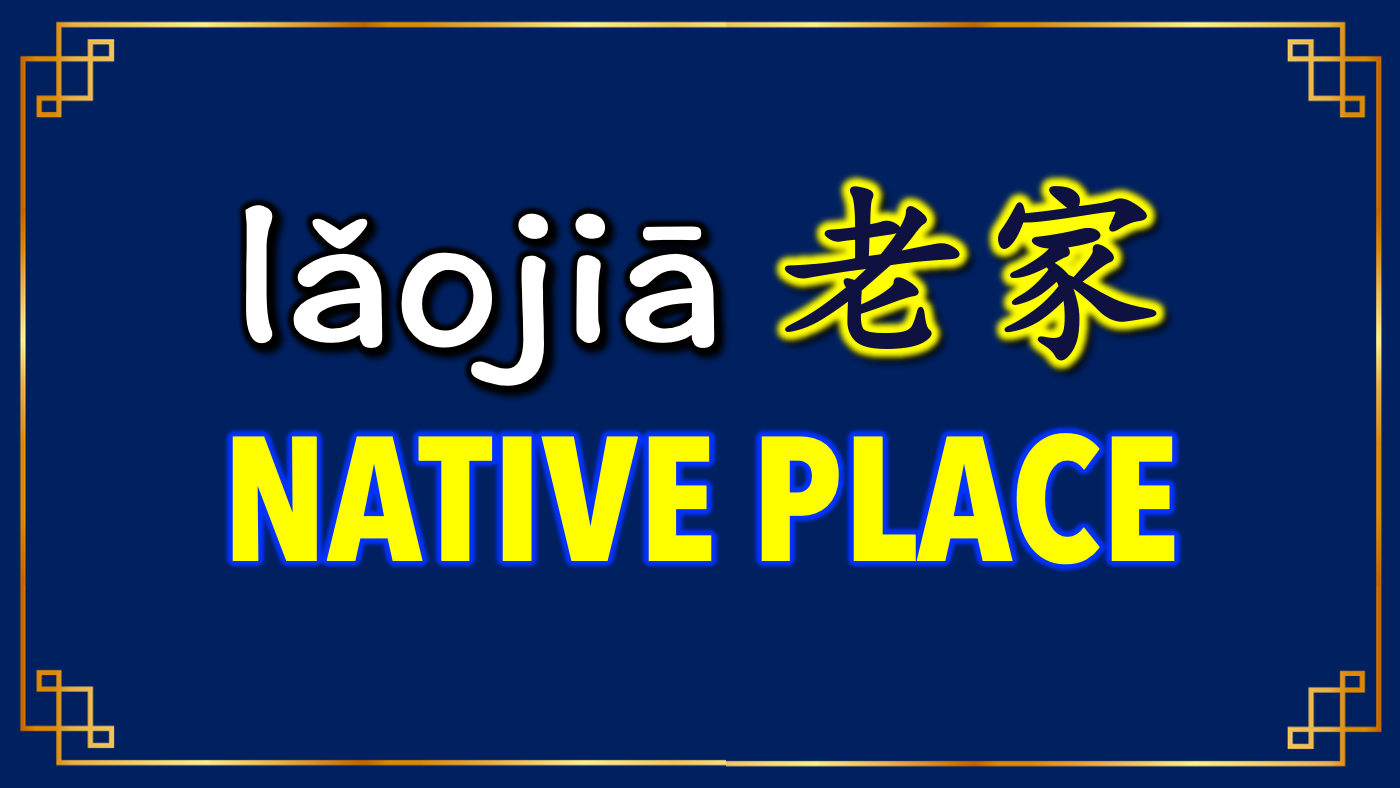 place of origin,” because it is where common connections can be discovered. Atlanta, Georgia is my birthplace, but my ancestral home is in China, so I say, 我老家是 (wǒ lǎojiā shì) .. my native place is…

And then I would follow up by saying it is the same hometown as Zhou Enlai, 1st Premier of the People's Republic of China. (周恩来的老家)

She's not a cheerleader, and she doesn't have blond hair and blue eyes! 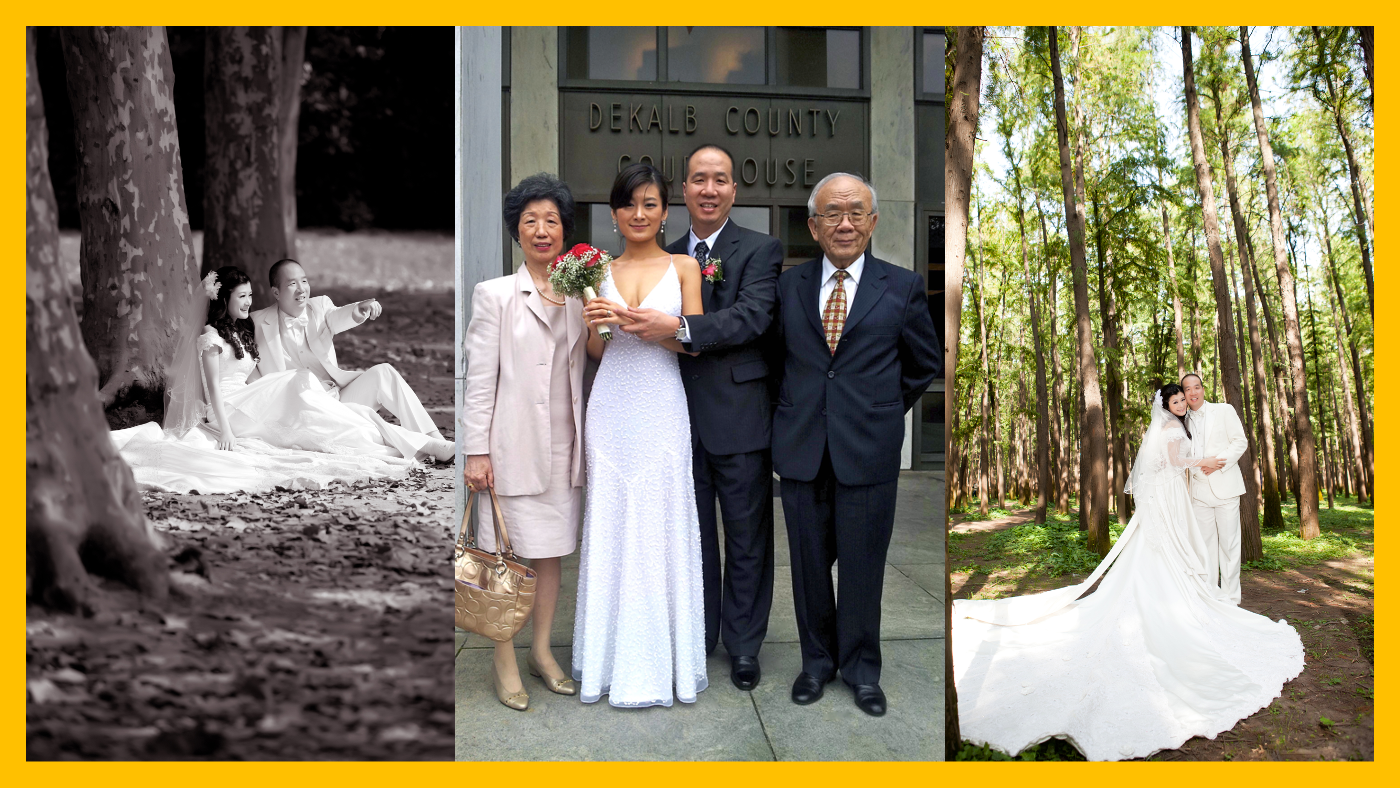 When I was a self-conscious, insecure teenager, my dream girl only had to have superficial qualities, but after my beauty tastes changed, did I discover deeper connections beneath its veneer?

My wife was born and raised in a 5th Tier city in Hunan province, the birthplace of Chairman Mao. A portrait of the dear leader hangs above their living room, overlooking visitors and presenting a daunting reminder of how China continues to ascend in power and influence.

We met in Atlanta, where she was a visiting scholar in physiology. We dated and traveled together frequently before a "paratrooper manager" opportunity in China led us to make it official before I was shipped off to Shanghai to lead the Asia Pacific sales team.

My Chinese honeymoon began during our first date at The Venetian Hotel in Las Vegas, and I could hardly believe my "cheerleader" also had the credentials to make my Chinese parents proud. She was my dream girl.

She spoke English, and I am fluent in Mandarin Chinese, so what challenges remain given my infatuation with everything I perceived about her?

They say opposites attract, which was undoubtedly the case, but can opposites live happily ever after?

After ten years of marriage, I cannot answer with an emphatic "YES," but rather a caveat for cross-cultural relations that it depends. It depends on your capacity to reimagine what is "right" within the context of what is essential.

Other than our first date in Las Vegas, we drove about four hours north of Atlanta during our first trip together as a couple. The occasion was a reunion with a friend visiting from Pasadena, a classmate from a Cal-Tech physics summer camp I hadn't seen in over 20 years. We agreed to meet at a restaurant for lunch at a specific time and assumed we'd recognize each other.

Accustomed to never being late and accounting for extra time in case the restaurant was difficult to find, we arrived 30 minutes early. I suggested we wait outside the restaurant, but she refused. I indicated that waiting outside would be more comfortable than staying in the car. Still, she doubled down on all the embarrassing reasons for having to wait and her disgust with my attitude toward putting us in that position.

I was bewildered and ultimately retrieved her from the car after my friend arrived with her family at the restaurant. I salvaged a potentially embarrassing situation, but it was a sign of things to come, all of which required my total devotion to reconcile. 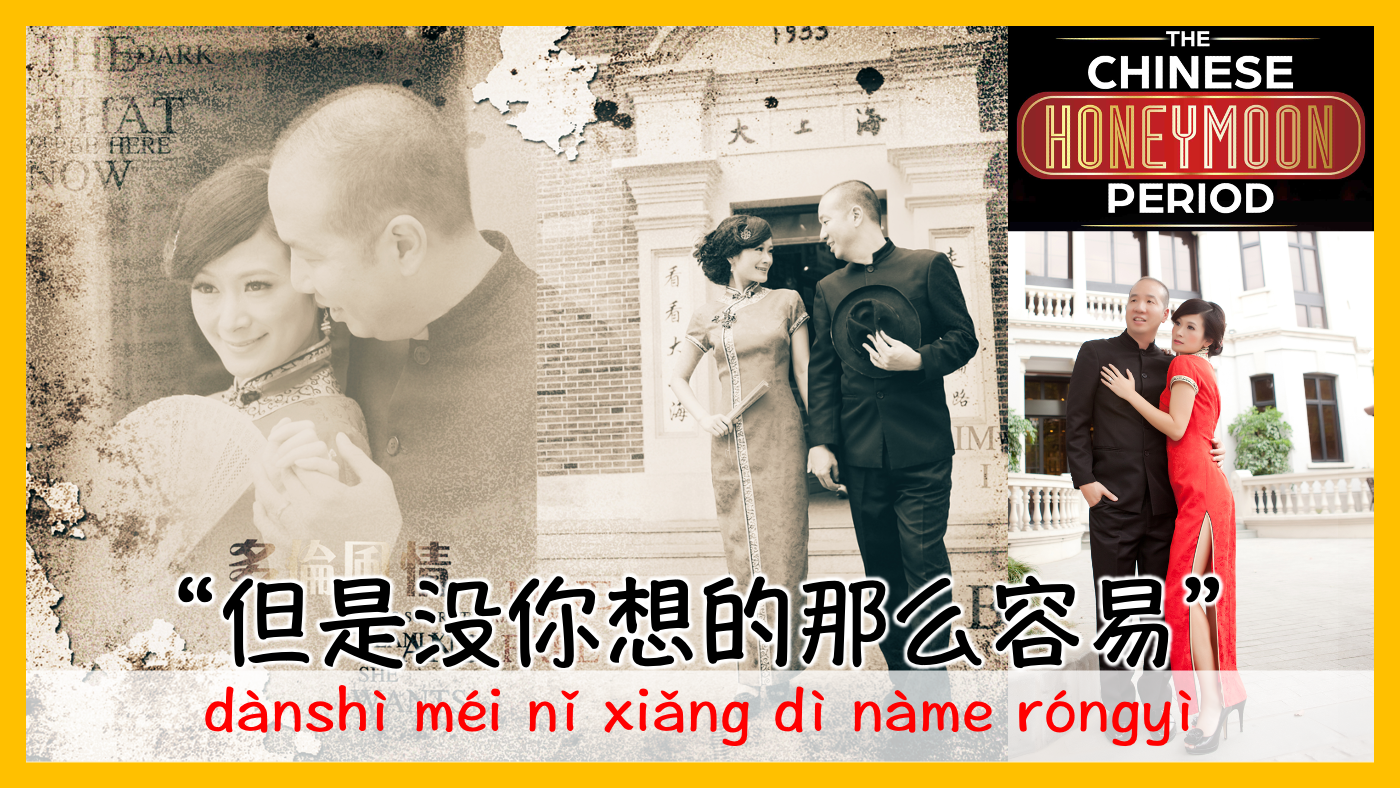 Our first fight and near breakup is a microcosm of our cultural differences and their ramifications. Arriving early is a "loss of Face." A willingness to "lose Face" indicates lower status, and not understanding its importance is humiliating. My marriage was my “Chinese Honeymoon Period,” literally and figuratively, and it continues to add nuance to my understanding of how myopia is dissolved and negative emotions are reimagined.

What appears as a honeymoon period on the outside is never as simple as it seems, and likewise how I discovered that "knowing how to speak Chinese doesn't mean you know what to say in Chinese.” 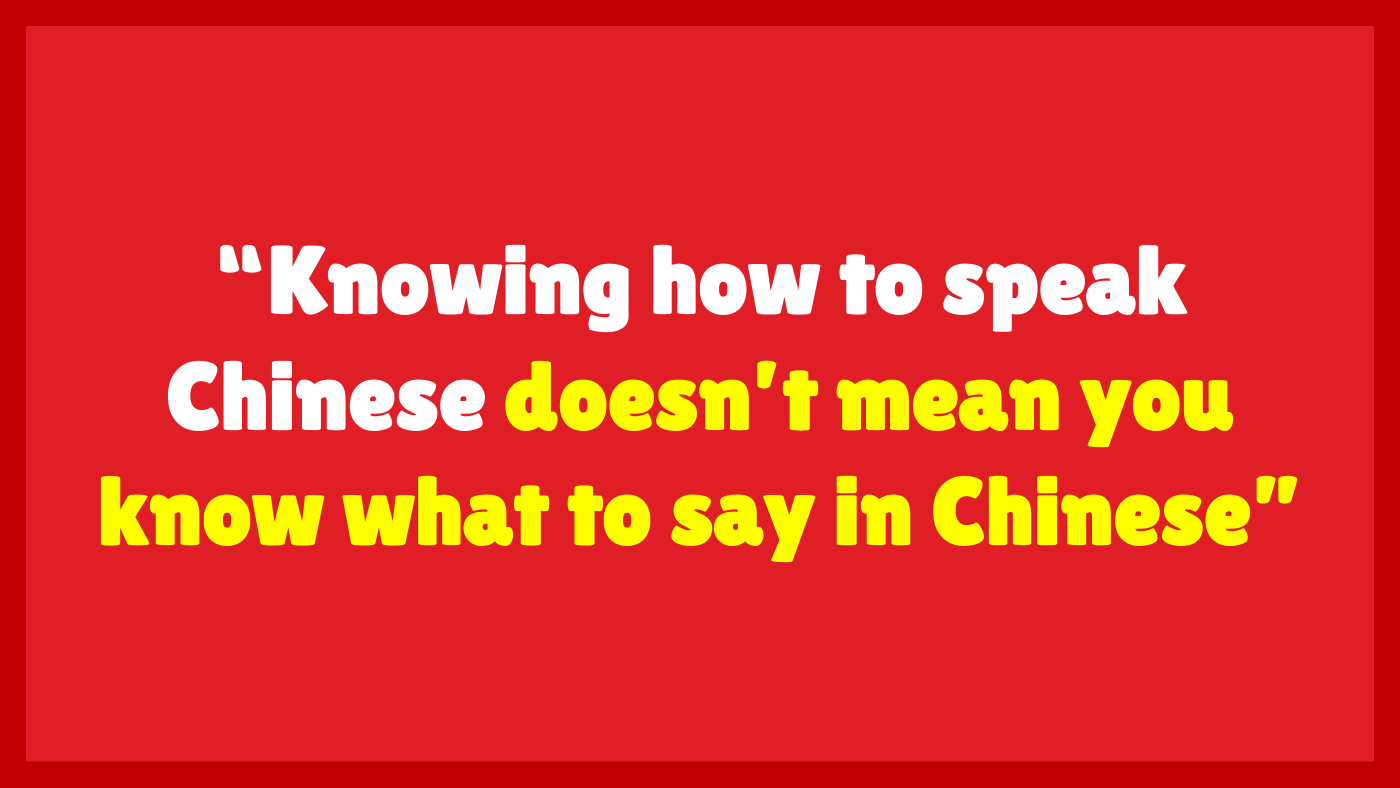 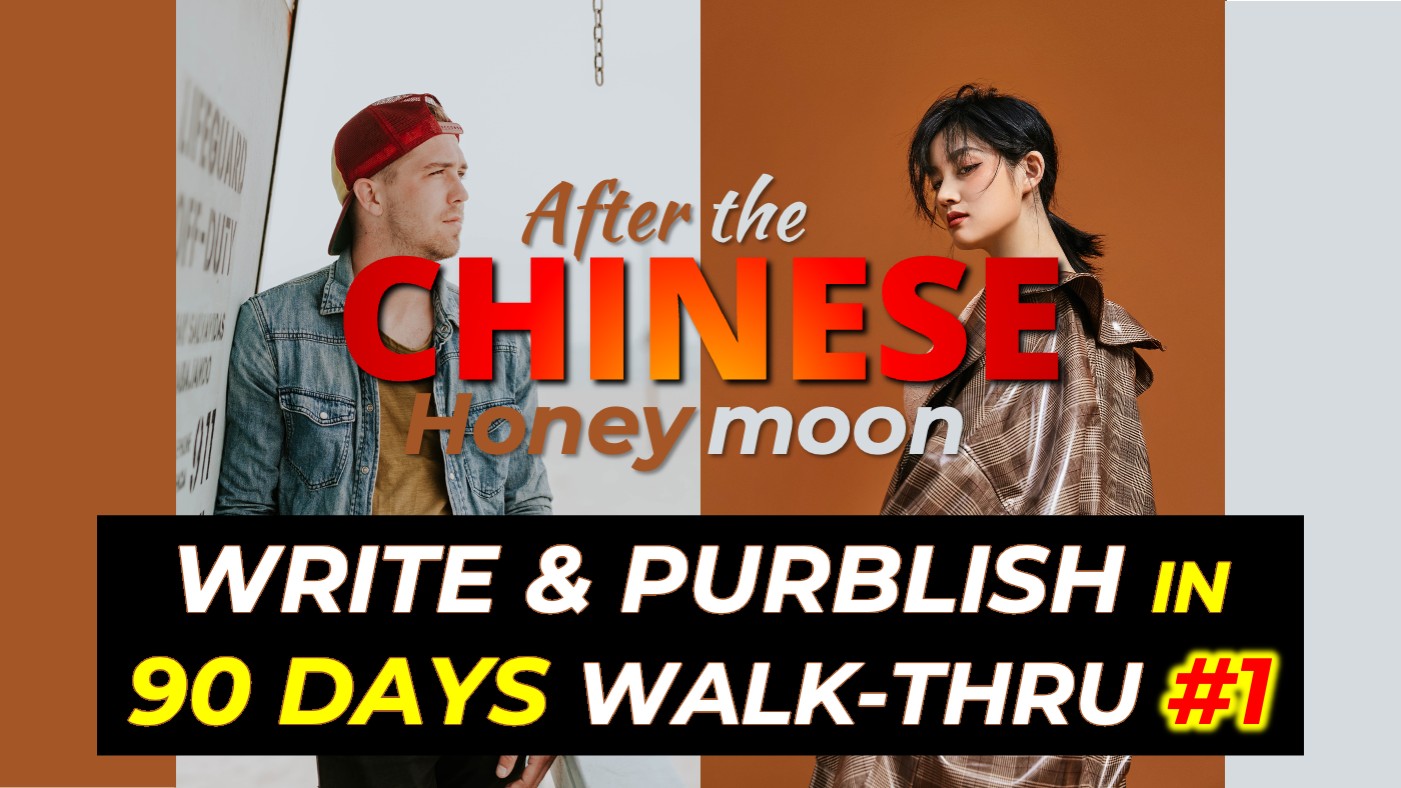